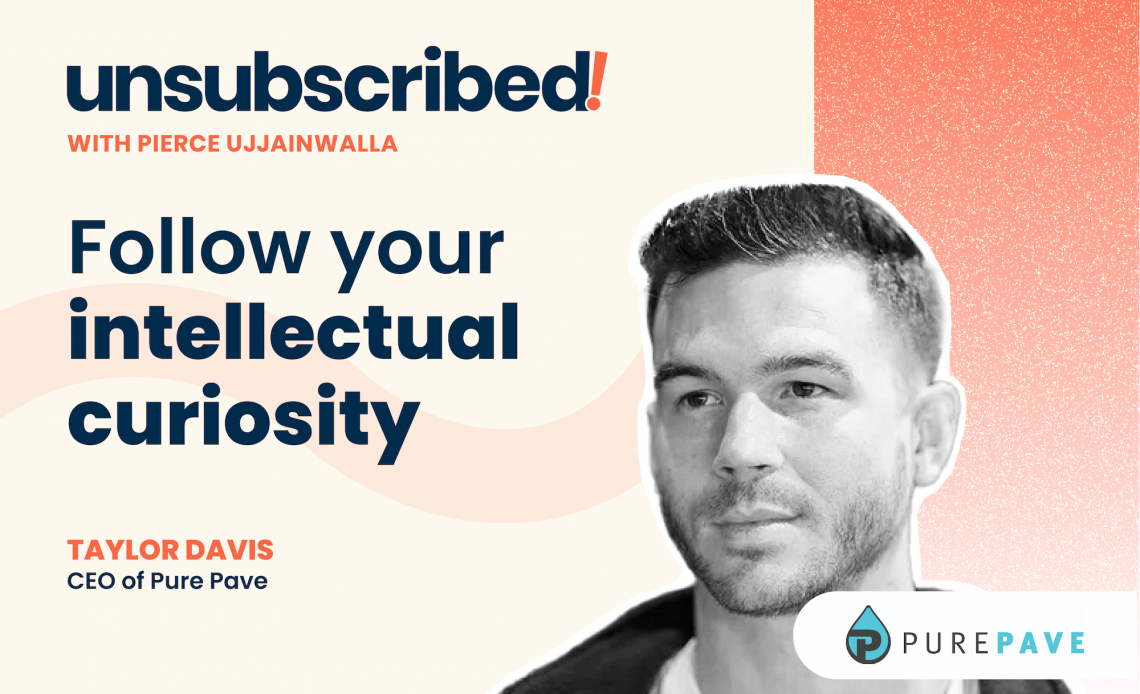 Pierce is joined by Taylor Davis, serial entrepreneur and CEO of PurePave, the company that brought permeable pavement to Canada. In this fascinating conversation, Taylor talks about the steps he took to build his own company, how he makes the most of his downtime during the winter, and why he thinks it’s so important to make himself uncomfortable in order to seek growth.

In this episode, you’ll learn:

As soon as you start talking to Taylor, there’s one thing that becomes abundantly clear. Who he is today is the result of a relentless pursuit of knowledge and understanding. From an early age, he’s given himself permission to learn about the things he’s interested in – whether that’s computer science, permeable asphalt, or Bitcoin – and then he puts that knowledge to use in the work that he does.

That intellectual curiosity is a big part of how he ended up crafting and running PurePave. By blending the property maintenance work he did as a teenager and what he had learned on the digital marketing side of things, he created a premium Ottawa paving company that had a strong digital presence. That then gave him the foundation to take the business further, investing in the research and development of a permeable pavement solution that could revolutionize paving for Canadians.

We all know that Canada really has two seasons: winter and construction season. This means that during the winter months, Taylor can refocus his energy to thinking about where to go next. This is a practice that he first started as a teen, and it’s one that still brings a lot of value today. It’s the space he needs to pursue his intellectual curiosity.

This curiosity has helped him come into an industry that is traditionally rather stagnant, and change the game from the ground up. Coming in with little legacy knowledge allowed him to bring a fresh perspective that’s now disrupted the market and opened the door for his company to offer a niche, premium product.

“It’s almost like you need a beginner’s mindset where you have to learn principles from the ground up and not be spoon-fed the information that exists. When you go down that journey yourself, and you’re someone coming from outside of that world view…you bring a unique blend of lenses by which you view the problem.”

Viewing the problem from the lens of software, for instance, was one of the things that helped Taylor break the pavement paradigm and try something new. Listen to the episode for more of the paths that Taylor has followed to feed his curiosity.

Thanks for listening to Unsubscribed! – a podcast created by Knak. If you enjoyed this episode, please do subscribe and leave a review on your favourite podcast player.