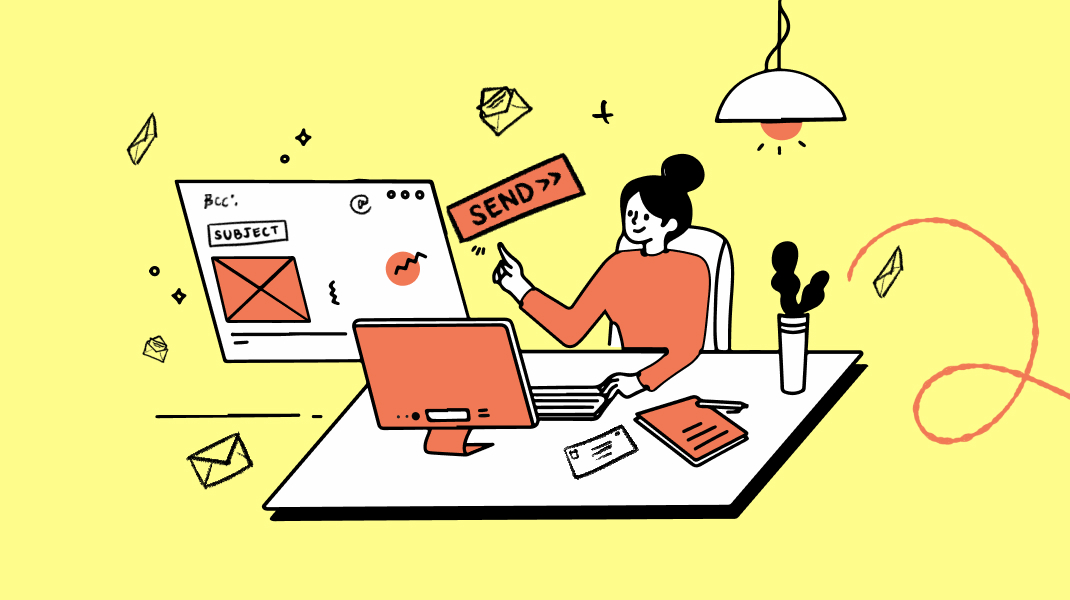 One day in mid-June, an unnamed intern at HBO Max made the kind of mistake every marketer dreads: The person unwittingly sent out a test email to a portion of the HBO Max mailing list.

The test email was empty, and thankfully for the company no important information was accidentally released. HBO Max quickly owned up to the error in a lighthearted tweet issued by their Help Desk:

“We mistakenly sent out an empty test email to a portion of our HBO Max mailing list this evening,” the tweet said. “We apologize for the inconvenience, and as the jokes pile in, yes, it was the intern. No, really. And we’re helping them through it. (Red heart)”

The incident went viral, and soon people were consoling the intern with tweets about mistakes of their own.

The intern surely learned a lesson. So, we hope, do marketers. In fact, I believe there are five important take-aways for marketers from this incident.

The HBO Max team could have sent out the best email ever, and no one would have commented.

But an empty test email sent by mistake? Now that got people talking! Not only was it trending on Twitter for a while, but it was also a big topic in Slack’s marketing groups.

I don’t know exactly why, but people love other people’s mistakes. They find them fascinating, perhaps for the same reason everyone likes to slow down and look at the car crash in the opposite lane.

And the bigger the company, the more recognizable the brand, the bigger the impact of any mistake. That’s partly because a bigger company has a bigger distribution list, but also because a big, established firm is held to a high standard by the public. You almost expect that a start-up will make the occasional mistake. But established companies are supposed to run like clockwork. So when they screw up, they attract that much more attention. And social media just makes it that much easier for people from all over the world to put in their two cents’ worth.

When a mistake is made, there’s not much chance of it going unnoticed. Marketers need to accept that – and prepare for it.

2. Emails are more powerful than you think

Post stuff on social media and you can quickly harvest a whole raft of likes and comments and shares; in other words, you can quickly gauge whether your activity is reaching people.

But emails are different. There’s no built-in feedback mechanism, so it’s hard to assess what impact they are having. You can send out 100,000 emails and get not a single visible response.

As a result, marketers can forget that emails do indeed have an impact. And the HBO Max email incident demonstrates just how big that impact can be.

The reality is that people do see your emails (even if it’s just your name and the subject line) even if they don’t respond, react or even open them.

And here’s something else to keep in mind: Algorithms control what people see on their social media feeds, but email is one of the last channels that is filter-free. Emails give you direct access to everyone on your distribution list. In other words, if 100,000 people have agreed to let you into their inbox, your email goes out to all of them without an algorithm interfering.

With emails the challenge is generally your email sending platform, not reach.

Because mistakes happen, and because a serious mistake can create major headaches for a company, you’d think there would be systems in place to prevent and limit mistakes in emails. The reality is that there are few, if any, guardrails built into MAPs and ESPs.

I’ve sent an email to the wrong person; we all have. It’s very easy to make that kind of mistake. And it’s even easier in most marketing departments, where distribution lists can be massive and risks correspondingly higher.

We are highly aware of this because our Knak platform adds an extra layer of security that works as a guardrail.  Because people using Knak create but don’t send, it’s impossible for them to send out an email accidentally. When you have inexperienced marketing automation users, you want them making their mistakes in Knak, where there is no chance of people seeing that mistake externally.

Marketing automation platforms, on the other hand, don’t always create a hard boundary between the creative people putting together the emails, and the people who send them out. Everyone’s in the same powerful system. It’s therefore all too easy for a stray or unfinished email to get sent out by mistake – to literally millions of people.

Now, some systems rely on permissions and controls to prevent that kind of thing from happening. But to me that’s like playing with fire. I think emails should be created in a separate platform, a platform that doesn’t include the send function. A platform like Knak.

After all, do companies really want to run their brand without guardrails?

4. The best response to a mistake is to own it

Everyone who’s ever sent even a single email by mistake knows how awful you feel afterwards. Now imagine you’re an employee – maybe even an intern – who just sent something by mistake to tens of thousands of people!

That employee has two options: They can either admit the mistake, or they can try to hide it.

In my mind, taking responsibility is the only option.

I once witnessed a situation where a relatively new employee tried to blame their mistake on technical issues. The employee eventually got fired – even though technical issues were undoubtedly part of the problem. The employer, however, felt they couldn’t work with someone who couldn’t be trusted to be up front about their role in a screw-up.

What applies to employer-employee relations applies to customer relations. Customers will lose confidence in a company that is perceived to be hiding things.

So own up, whether you’re an individual or a company. There may be short-term embarrassment, but in the long run openness is better for all concerned.

5. Smart marketers go one step further and harness their mistakes

The interesting thing about the HBO Max email is they didn’t apologize for the erroneous email by sending out another email. They apologized in a tweet instead.

I thought that was smart, because it brought HBO Max to the attention of people well beyond the range of the recipients of the original mistake.

The HBO Help Desk, which issued the tweet on June 17, has roughly 10,400 followers; but within 10 days their tweet garnered something like 163,000 likes, not to mention thousands of retweets and comments.

In other words, the company was able to harness the incident as a way to promote their brand. Everyone began commiserating with the red-faced intern, who remains unnamed. HBO Max’s tweet assured people that the company was helping the person through it. There was no animosity, just a lighthearted ‘whoops’ that left people with a sense that HBO Max is an understanding employer.

That’s a pretty good outcome for a mistake!

Marketers can, if they wish, take things one step further and harness people’s natural curiosity by creating intrigue and mystery. It’s a way of standing out. And doing things that stand out is what marketing is all about.

In closing, I’d like to give a shoutout to HBO Max. In my estimation, they handled the situation very well. Kudos to them. And if HBO Max wants to build some guardrails into its system, I invite them to give  us a call. We’d love to show you what we can do.

Oh, and our best to your intern! We’ve all been there. You’ll get over it!

Email has come a long way since the early days of computer messaging in the 1970s. Today, according to Statista, it’s a key channel for over 80% of global marketing campaigns — and it’s used…

Embedding video in emails: what you need to know in 2022

There’s no denying the enduring power of video to capture an audience’s attention. In fact, online video viewership grew to over 3 billion in 2020 — and it’s not stopping there. Exponentially, people are showing…

The Ultimate Guide to the Forrester B2B Summit

We’re heading to Austin next week for Forrester’s B2B Summit. Will we see you there?  For anyone headed to the Bat City 🦇 (hands up if you knew people called Austin that, because we sure…