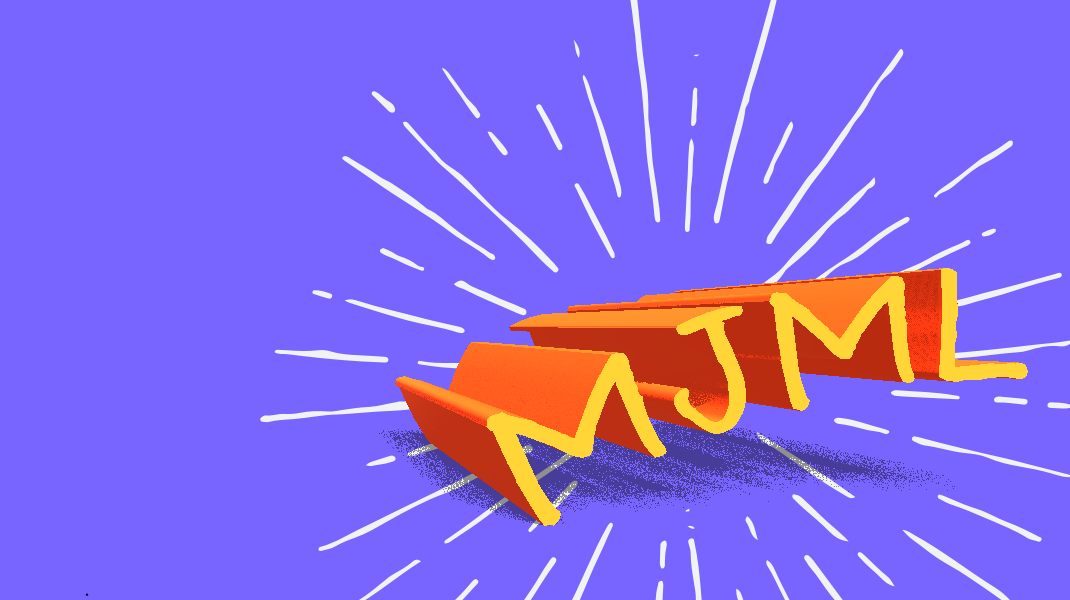 We first wrote about MJML, or Mailjet Markup Language, back in January. We’ve been using it to improve responsiveness, and since then, we’ve become even bigger fans of the open-source, component-based framework.

We work hard to make email creation easier, so it’s great to have a partner that shares our passion for great emails without the (code-related) headaches.

We recently spent some time with Nicolas Garnier, Senior Product Manager at Mailjet (acquired by Mailgun) and the creator of MJML, to get his thoughts on the future of email development. He’s currently working from home in his NYC apartment and was glad to sit down for a chat.

“MJML has been an incredibly useful resource in our recent feature development. It’s extendability and solid documentation has allowed us to make use of the library to generate high quality email HTML output from our email builder.” – Jack Steele, Knak Developer/Email Specialist

Knak: Nicolas! Thanks for joining us. Let’s talk MJML.

Nicolas Garnier: Thanks for having me. Happy to talk!

Knak: First, the basics. What is MJML?

NG: Essentially, it’s an intermediate markup language that’s used before emails are rendered to HTML that makes them responsive and easy to code. It’s open-source, so anyone can use it and then help us improve it as well.

NG: Email coding is a pain, and it’s even worse to try to code responsive emails. There are so many email clients and browsers – Gmail, Yahoo, Outlook, Chrome, Firefox, etc – and there are no consistent rendering standards. Emails even render differently across the same email client on a Mac, PC, iPhone, or Android. We wanted to create a framework that eliminates the need to write custom code for each of those things.

At Mailjet, we have a great interface, but we need to produce code that’s valid and clean so emails will look good across all clients. We figured that if we built it and made it open-source, others would be able to use it, and it would benefit the whole community. Anyone comfortable with HTML code can pick up MJML and use it easily, and then help us make it better. Currently, we have contributions from more than 80 developers, including Jack (Steele, Knak’s Senior Developer).

NG: Well, the short answer is slowly. It didn’t really move for years until recently. Look at Outlook 2007-2013: it still uses the MS Word rendering engine, which is why emails render so strangely in Outlook. Nothing really changed at all until ‘16 or ‘17 when Gmail started to make emails responsive.
Now we’re seeing a second wave of change: the dynamic email, which is becoming bigger and bigger. With the shift from static to dynamic emails, a lot more is possible. Email marketers can use dynamic emails to interact with their customers in the most efficient way possible.

Knak: How do you think people will interact with email five years down the road?

We’re seeing this happen again with Gmail’s email markup, and Outlook created their equivalent called actionable messages. But because they won’t work with all email clients, the extra work is not justified, and they’ll end up dying off.

On the other hand, though, I’m excited because I’m seeing a change, notably with Outlook.com adopting Amp Email. People are starting to be able to do more in emails, and if ESPs find a way to work together, I think we could see people filling in forms and placing orders directly in emails within the next five years.

Knak: Let’s switch back to MJML for a second. Seasoned developers are used to working a certain way with their own snippets. Is MJML flexible enough for them?

NG: Existing components/snippets can be turned into MJML, so once you try it out, you see that you actually have full control over each line of code.

It’s also worth losing minimal flexibility to not have to manage all the quirks and hacks yourself. If Gmail changes the way it renders HTML and you’re using your own templates, you’re going to have to make all those changes yourself. If you’re using MJML, we’ll make sure your emails stay compatible and optimized.

Knak: What sort of growth have you seen since you launched?

NG: We launched MJML four and a half years ago, and now we’re on version 4. We’ve experienced really solid growth – it’s been downloaded more than 3 million times in the last year alone. We’re glad people are using it – we’re just here to make emails look better.

Responsive emails are critical, and a framework like MJML has made a huge difference for us at Knak. Save your dev team valuable time. Check out mjml.io and start coding (way) more efficiently.