Why Knak has begun accepting Bitcoin as payment 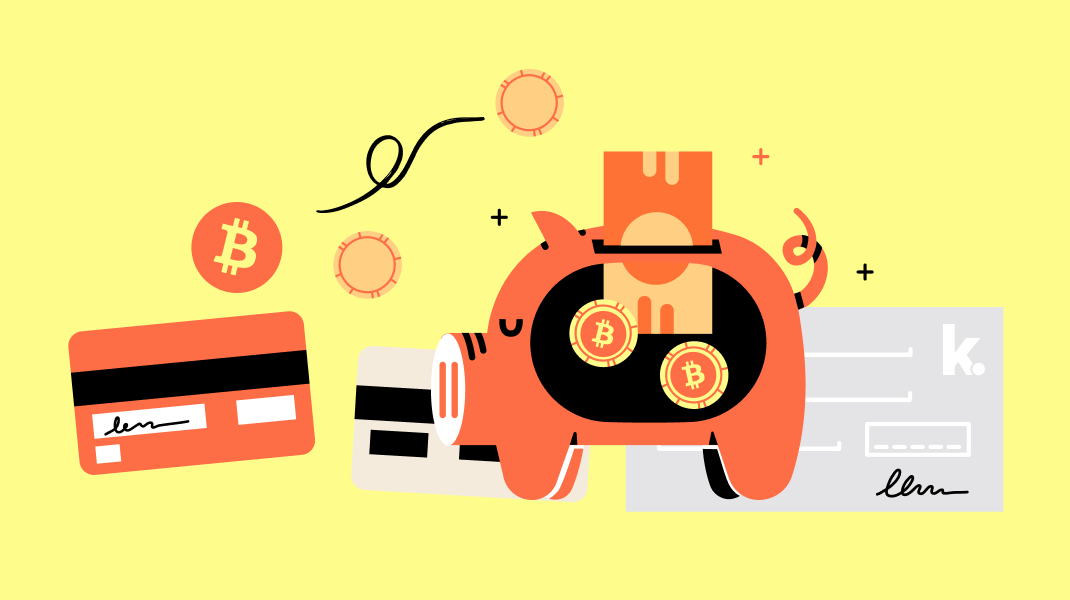 Bitcoin has been in the news recently because its value has surged, and also because a few unfortunate people have found themselves financially frustrated because lost passwords have locked them out of their bitcoin wallets.

Underpinning the news is an undisputed fact: There is growing acceptance of bitcoin’s value as a currency and as an investment.

That is why Knak has begun accepting payment in bitcoin as well as in standard currency, joining a growing roster of firms like PayPal and Square who are getting onto the bitcoin bandwagon.

A lot of people are confused by bitcoin, or unsure of just what it is. So our decision to accept the cryptocurrency needs some explanation.

That explanation starts with a quick look at the nature of money.

Wealth can be expressed in any number of ways.

Before money existed, wealth was generally what people owned – a herd of goats, a piece of land, a set of farm tools, etc.

But value (what one thing is worth relative to something else) is harder to pin down. However, when goods are being traded, value has to be determined.

Logically, if something is rare, it should have a higher value; if it is abundant, its value should be lower. So before currency, when things were bartered, abundance and rarity were determinants of value. A shovel might be worth three goats one day, but if there was suddenly a shortage of shovels, the ‘price’ of a shovel might rise to six goats.

Eventually, people agreed that something relatively rare and very difficult to change should be accepted as a standard on which to base value. In many societies that something was gold; in the Yap islands of Micronesia, it was, famously, huge doughnut-shaped rock carvings called rai stones.

But currencies can be debased if there is a change in the standard on which they are based. In the Yap islands, an adventurer with Western tools who arrived in the 1870s was able to carve out new rai stones in no time flat; this led to a fall in the value of the stones.

In Western economies, the value of paper money was for a long time determined by what is called the gold standard. Countries owned stockpiles of gold, and pegged what paper money they issued to their gold reserves.

But over the 20th century, that standard was gradually abandoned. For example, Canada went off the gold standard for all intents and purposes in 1929.

Countries now usually print money based on their economic output.

But there are dangers to printing money. For example, countries that try to get out of poverty by printing money that is not backed by growing economic output generally set off rounds of massive inflation, as happened recently in Zimbabwe and Venezuela.

It just so happens that countries are printing a lot of money right now to finance the support they are providing to people and businesses affected by the COVID-19 pandemic. And there is increasing fear that all the money being printed will set off a round of inflation.

Which leads to bitcoin.

The Economist, in its January 9, 2021 issue, noted that bitcoin has recently begun drawing the attention of the financial establishment, some of whom see it as an alternative to gold as a hedge against inflation. That attention pushed the value of a bitcoin from a low of about $5,000 U.S. in March 2020 to around $40,000 in early January 2021.

“Unlike the last occasion when prices were rocketing,” The Economist noted, “the current surge seems to have been spurred by interest from the financial establishment, most of which had long scorned it. If bitcoin became as popular with investors as gold (measured by the market value of their positions) the price would rise to $146,000, calculates JPMorgan, a bank. Already, millennial investors appear to prefer cryptocurrencies to bullion.”

Bitcoin, according to the Government of Canada definition, is the first decentralized electronic currency not controlled by a single organization or government. It is instead managed collectively by a global network of users, so no bank or payment processor is required between buyers and sellers in any transaction. (The BBC also has a good overview of what bitcoin is, while the Bank of Canada offers this look at digital currencies and the whole area of fintech.)

Created in 2009 by an unknown person or group using the name Satoshi Nakamoto, it is powered by its users and has no central authority, in the manner of open-source software.

Bitcoin’s central idea is to allow anyone in the world to open a digital bank account and hold the money in a way that no government can prevent or regulate. Bitcoins are also traded openly, on an open ledger that everyone in the world can see. That builds trust in the network.

Bitcoin is used like currency, and can be converted into regular currency – technically called fiat money – through conversion services like Bity and Gemini. And it can be used around the world.

No more than 21 million bitcoins will ever be issued, meaning that bitcoin possesses the critical element for a shared standard of value: It is relatively rare and very difficult – I would argue impossible – to debase because no more than 21 million can be created. I also believe that it is completely safe; no one has been able to hack it. And even if someone did, it wouldn’t be worth it. If more bitcoins were created, their value would fall, just as the value of rai stones fell in the Yap islands when a newcomer with better tools started producing them quickly.

I also believe that because no one person or government controls bitcoin, no one can shut it down or manipulate it. That, I believe, makes bitcoin very safe.

(If anyone wants to read up on bitcoin, I highly recommend The Bitcoin Standard, by Saifedean Ammous.)

As I mentioned higher up, bitcoin is starting to attract a lot of attention both as a hedge against inflation and as an investment. More and more people and companies are either buying it or using it.

In addition to PayPal and Square, last year MicroStrategy, a business intelligence firm, started investing heavily in bitcoin. Bitcoin announced in December 2020 that MicroStrategy held at that point over 70,000 bitcoins worth an estimated $1.6 billion U.S.

In the U.S., National Football League player Russell Okung has been a long-time (and very vocal) bitcoin supporter.

In 2019, he and another NFL player asked to be paid in bitcoin. This request was denied, but at the end of last year it was announced that Okung is using half his salary (paid in U.S. dollars) to buy bitcoin.

As Fortune magazine noted, “like many other bitcoin boosters, Okung has claimed the cryptocurrency is superior to traditional currencies because governments can’t deflate its value.”

For all those reasons, and because we pride ourselves in being early adopters of valuable and useful new ideas, we believe the time is right for Knak to start accepting bitcoin in addition to standard forms of payment.

I keep a close watch on what’s happening in the digital world, and I can’t help but think bitcoin’s time has come. I honestly think bitcoin is a game-changer when it comes to financial transactions, because it gets rid of exchange rates and fees and middlemen, and because it’s free of central bank control.

If we’re all able to be on a single currency in the future, it will make global commerce much easier. I’m really excited by the prospect!

That’s why we’re on board.