Ten things I learned during our Series A funding round 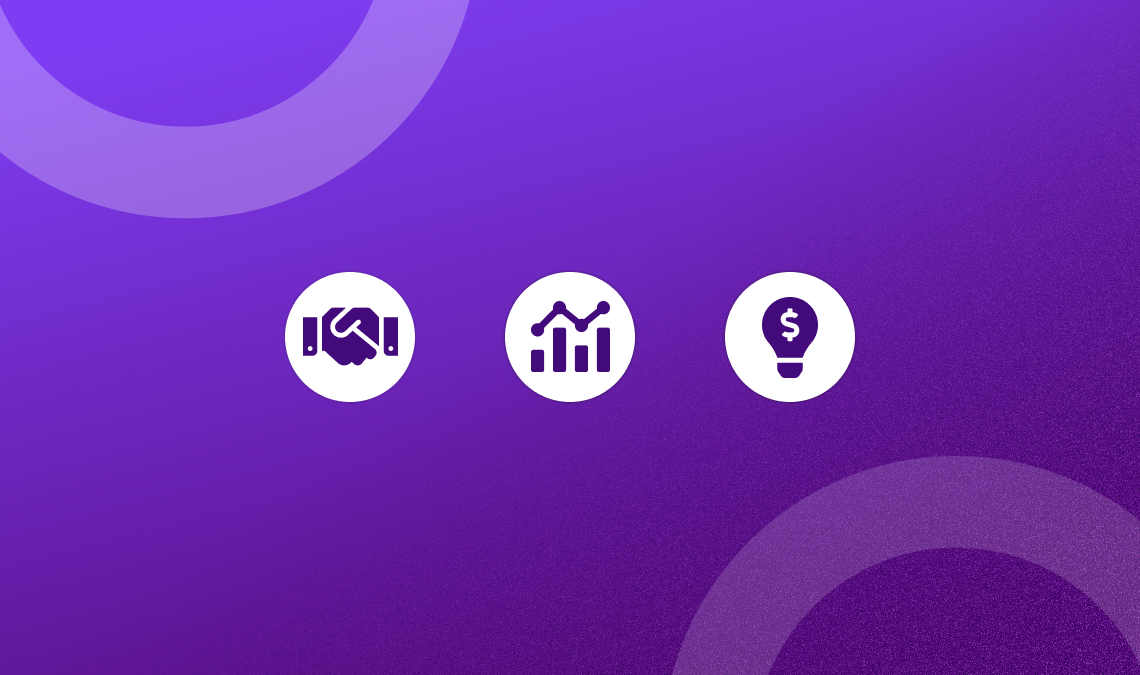 For the last few months, I’ve been almost entirely focused on raising Knak’s first infusion of outside capital. The process ended with last month’s announcement that Insight Partners, a venture capital firm based in New York City, is providing us with $25 million in Series A funding.

I’d never prospected for funding before, and to look back at the process is to realize how incredibly demanding it was. Basically, I did nothing else for close to four months!

Now, as I finally have time to catch my breath, I realize that I learned some very important lessons along the way. I want to share those lessons here, because I think they will be useful for any founder who is thinking about raising capital.

1. Don’t look for funding until you’re a success

We went for funding later in the growth process than is usual for businesses such as ours. There was an advantage to doing that: Our business was running well, and we had the numbers to prove it.

We could have kept on growing and doing well without outside help. For us, VC money wasn’t a matter of survival, it was about turbo-charging our growth.

The fact that we didn’t need investor money to survive put us in a strong position.

2. Get help from someone who’s done this before

This was the first time I’ve ever tried to raise capital, and I wasn’t quite sure how to go about it.

We were incredibly lucky to get advice from a founder who’d recently raised capital, as well as from someone with inside knowledge of how VCs work and think. Their help was invaluable! I strongly recommend that anyone looking for funding seek out similar assistance.

The CEO who helped me was Mike Potter, co-founder of Rewind. He was able to clue me in about process and expectations, particularly at the start when we had to pull together our data room, an online repository that contains information so investors could assess us. He also helped by providing valuable introductions to potential investors.

Also useful was the fact that our virtual CFO, Cory Michalyshyn, comes from the VC world. Because he knew what VCs were looking for, and could see things from a VC perspective, he was able to advise us as to how to pitch ourselves. He knew what would resonate with VCs, and what would raise red flags.

It also helped that one of our advisory board members, Robert Ashe, is an angel investor and advisor for Georgian Partners. He helped us figure out when the time was right for us to seek Series A funding and provided incredible advice and introductions.

3. Make sure your company can run without you for at least a quarter

Can your company run without day-to-day guidance from key members of the management team for an entire quarter? Ours had to, because the funding process monopolized me and our head of finance for several months.

By “monopolized,” I mean that we had to be “on” all the time, selling ourselves to potential investors. We talked to nearly three dozen different firms over a few weeks. And once we’d signed a term sheet, we were busy with due diligence.

You can’t let your business flag while you search out funding. Any investor is going to want numbers on how you’re doing in the current quarter. So make sure you’ve got a system and people in place to keep your business running at full speed while you’re busy elsewhere.

We realized early on that looking for an investor was very similar to prospecting for sales. So we treated the search process like a sale and used a CRM (customer relationship management) system to keep track of where things stood with various prospects. It really helped keep us organized as we talked with multiple firms.

5. Don’t limit yourself by putting a number on your valuation

Every VC we talked to asked us how much we thought we were worth.

As tempting as it was to give them a number, I didn’t. That’s because I realized that to do so would create an arbitrary and unnecessary limit on the valuation we might receive.

It’s like when you go to buy a big-ticket item and the salesperson asks, “How much are you thinking of spending?”

Give them a number and it’s a cinch they’ll propose something that matches your stated budget. If you’re vague, however, they’ve got to give you a range of options.

The same rule applies to valuation.

My response to VCs was to remind them that they are the ones who are in the business of putting a value on companies. They do it every day. I invited them to give us a valuation, and added that we were looking for a partner who would give us what we considered a fair number.

6. Get introductions to investors

I stated earlier that Mike Potter of Rewind introduced us to a number of potential investors. I can’t stress enough how valuable it was to get those introductions. We quickly realized that a good introduction was way more likely to lead to a meeting than a cold email sent to a website.

Remember, you need every advantage you can get, because VCs fund only a tiny percentage of the companies that approach them. An introduction to a VC from someone they know lets you get your foot in the door!

7. Know the difference between a VC and a private equity fund

There are different kinds of investors, with different goals in mind. Make sure you understand who you are dealing with and what their goals and working methods are. As a general rule, venture capitalist investors are more aggressive and willing to take risks, while private equity firms are more conservative and interested in slow, steady growth. Find out where your investor fits on that spectrum, and see how that aligns with your own company’s views and values. If you’re naturally more conservative, you might be uncomfortable with a VC investor who wants you to step on the gas more than you’re comfortable with.

8. Find out as much as you can about potential investors to see whether you’re compatible

Everyone told me that it was important to get to know your VC partner very well, because we were going to be working with them for a long time. Unfortunately, it’s not easy to get detailed info about a potential investor. As much as I tried to get to know how each one works, I soon realized that I wouldn’t really be able to get close to anyone who wasn’t seriously interested in us.

So instead of questioning potential investors directly, I started talking to other founders who had worked with them. I also looked at their portfolios to see what companies were in it. Are those companies successful? Are those companies like us? Does the potential investor understand what we do well enough so that you won’t have to educate them? Do they share our vision and values? Are they responsive and easy to work with? These are all questions I wanted answers to.

Also, you need to know how hands-on investors will be. Some will leave you pretty much alone as long as you’re growing, while others will want to get very involved in day-to-day affairs and fit you into their mold/playbook. We wanted something in between, someone who would let us run the business, but help us with ideas and data and resources (in addition to the capital.)

9. Realize that the work’s only half over when you sign a term sheet

A term sheet is a non-binding agreement that sets out the terms and conditions of an investment. You sign one when you’ve found an investor who’s interested in you.

Don’t think the term sheet is the finish line. Instead, the term sheet kicks off a long and complicated due-diligence process that can be just as demanding as the search for the investor. This is where the investor digs deep into your company and wants all manner of detailed information and all sorts of documents. This material is used to create the final, official legal documents you will both sign.

There’s a lot of back and forth with lawyers and accountants at this stage, and a lot of work for your team. We had to keep focused, despite being tired, to turn the term sheet into a binding agreement.

10. Be up-front and honest with potential investors

If you’re going to have a successful partnership with your investor, you have to be up-front and honest with each other from the beginning. That means getting over any fears that someone’s going to steal your tactics or whatever. You are dealing with a potential partner, not a competitor. Note also that the working relationship you build up during the search and the due-diligence process sets the tone for your entire partnership.

The search for the right partner was long and hard. It’s all I thought about for months! But at long last, it’s over, and Knak is now in an exciting new place. I look forward to working with Insight Partners and taking the company to new heights!